How do you promote your cause on social media? How do you spread the word about your mission?

We live in a connected world, which means there is a huge opportunity to get your mission or cause in front of the right audience.

There are 4 critical pieces to spreading your message:

I think the best way to start thinking about effective ways to market a cause is to show 4 of the most successful “social good”  social media campaigns.

Let’s talk about the most popular public safety announcement in the world! The original YouTube video “Dumb Ways to Die” now has 148 million views, resulted in a million pledges to be safer around trains, and there has been a 20% reduction in train-related accidents year to year since the campaign started.

This is a wildly popular campaign. Aside from its catchy tune and humor, what made this campaign so successful was the simplicity and clarity of its message:

Being unsafe around trains is a REALLY dumb way to die.

So, what can we learn from this campaign? 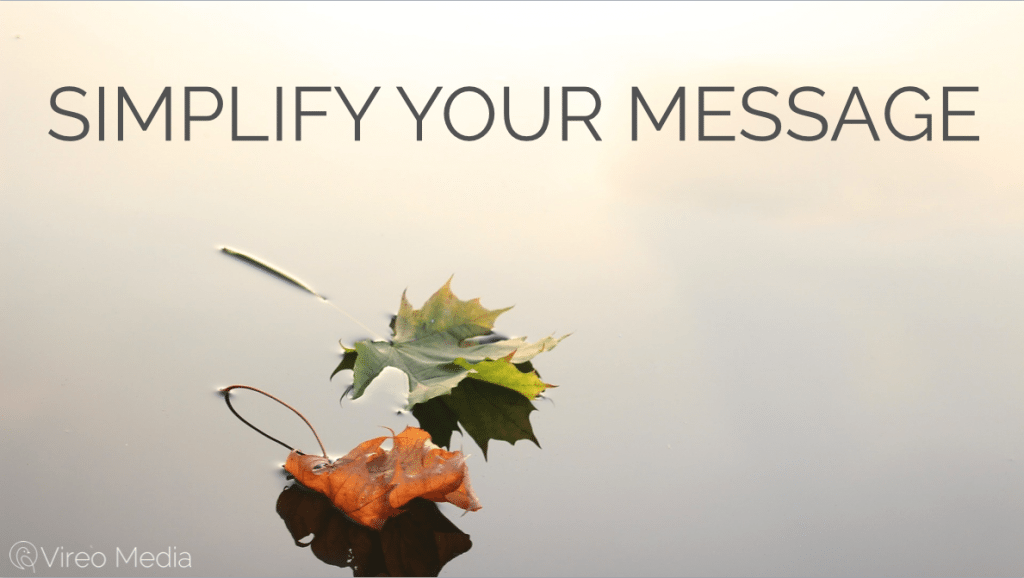 You want your message to simple, memorable, and make it clear how your audience can take action.

Let’s face it – you’ll probably only get about one second to catch the attention of a new potential fan online, and if they can’t understand your message, they’ll move on and forget about you completely. So how can you make the most of that one second?

Ask yourself: What is the simplest way you can communicate your message?

How many of you took the icy plunge during the Ice Bucket Challenge?

It’s amazing how much of an impact this simple viral challenge made. According to the ALS Association, $115 million was donated during the summer of 2014. This has resulted in huge advancements in treatment options and funding for care for patients affected by ALS.

What made the Ice Bucket Challenge work was how simple it was to participate – all you had to do to show your support was get a bucket of ice, film your self as you dumped it over your head, and tag a friend when you posted it online.

This challenge was goofy and easy to understand, but the real success was how easy it was a to share. As you create content for social media, make it as easy as possible to share your content.

We’re using #EndangeredEmoji to save real animals from extinction. Please retweet to sign up and help. pic.twitter.com/hX1p1GEDZ9

Another great example of shareable content is the “#EndangeredEmoji” Campaign by WWF.

The beauty of this campaign is how easy it is to participate. To sign up, all you have to do is retweet.

WWF would then track how many of the Endangered Emoji you used, and at the end of month, it would give you a suggested donation you should make to WWF.

This campaign was engaging and made it easy for supporters to participate. 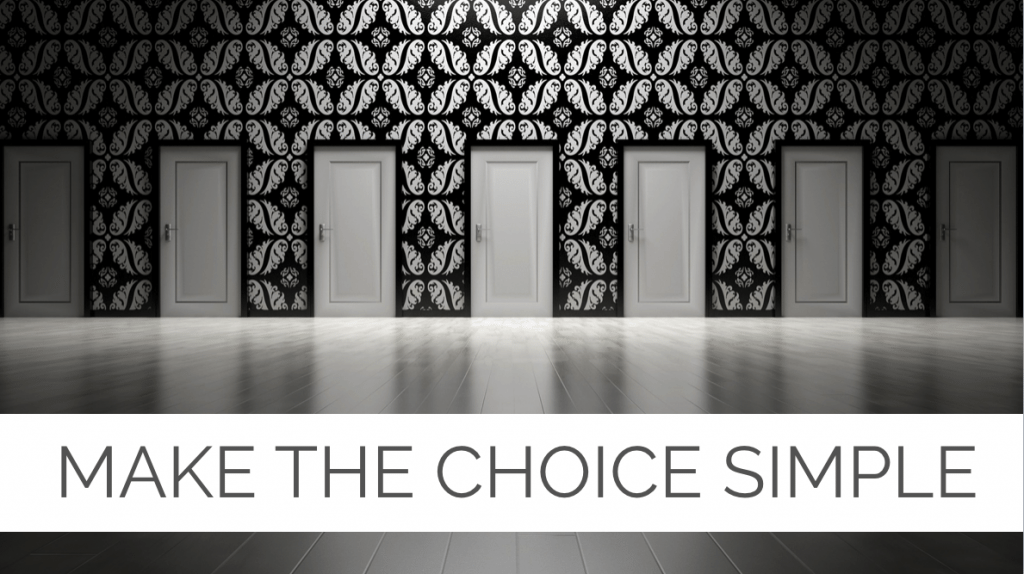 A funny thing happens when you have too many choices… the more choices you have, the less likely you are to make a decision.

If you leave your suggested action or donation too vague, people will suffer from what I like to call “Choice Paralysis.”

Keep all choices within your campaign simple, and do the legwork for your audience. In the WWF #EndangeredEmoji campaign, the choices were clear and straight-forward. The first choice, to retweet and participate or not to retweet, was easy. Then when it came to contributing, all you had to do was to pay the suggested amount or choose another.

By guiding  your audience through the actions you want them to take, you remove the obstacle of “Choice Paralysis.”

Lauren Luke – Don’t Cover It Up

Not all messages and campaigns can do a positive spin.

The Lauren Luke – Don’t Cover It Up campaign for Refuge is a powerful example of how you can reach a wide audience on social media on a more somber topic. This video has had over 2,650,000 views.

The success of this campaign was due to the direct access to the target audience. Lauren Luke already had a large following of young women and girls who are fans of her makeup tutorials. By leveraging her channel and creating an on-topic video with a clear message, Refuge UK was able to get in front of the audience they wanted to help, and make it easy to take action. 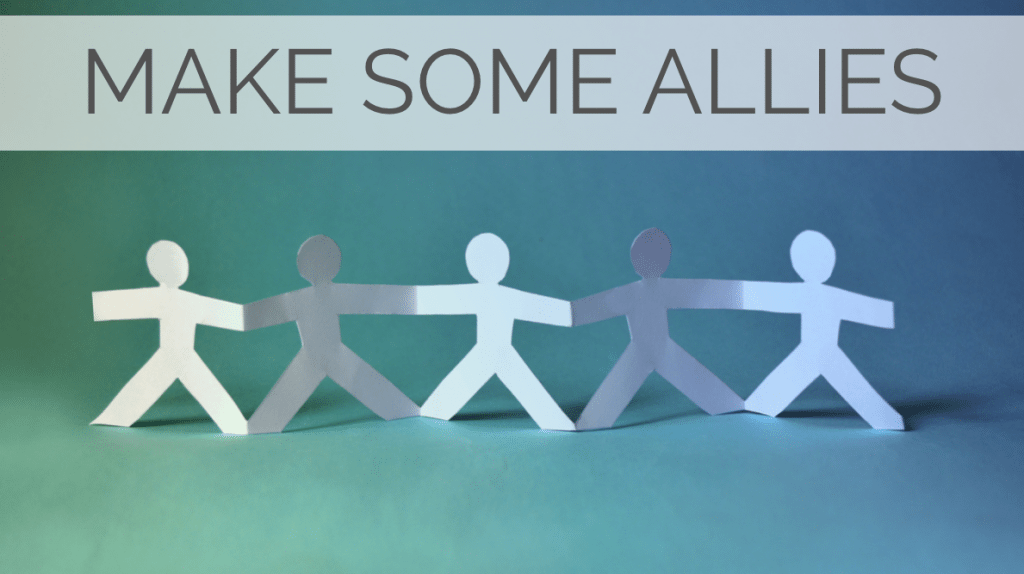 How much would it cost for Refuge UK to reach over 2.5 million people? It would have likely been thousands of dollars (or pounds). That’s unlikely to be within the advertising budget for them, but by teaming up with Lauren Luke the were able to reach a huge audience of the right people.

A critical piece of social media marketing is the social aspect. It can be daunting to ask people to help promote your cause, but it’s the best way to succeed!

So how can you make allies in the online world? 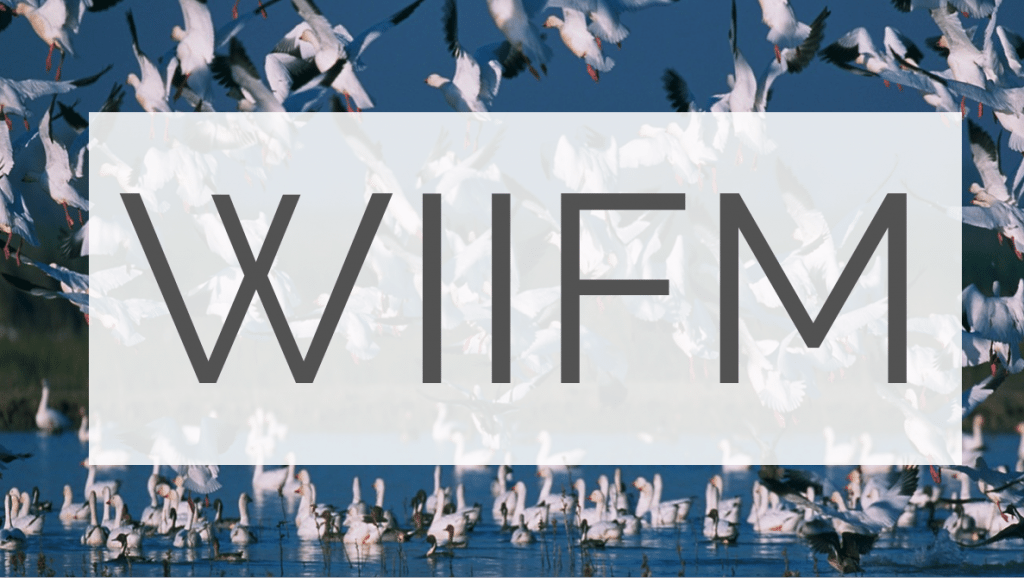 This acronym is a fundamental tenant of marketing.

Before you ask someone to do something for you put yourself in their shoes. and think “What’s in it for me?”

In the case of Lauren, not only was she able to help women, she got a huge amount of publicity on talk shows that weren’t that interested in her as a makeup guru, but were impressed by her as a spokeswoman for an important cause.

At this point, I’ve shown the importance of:

Now let’s give you some tools to help you succeed!

The first thing I do when I start working with a charity or nonprofit is help them create a Target Table.

Now, it can be a bit of a mental leap to figure out how to create a Target Table for a cause rather than a product or service, so here’s a sample of one for “Promoting Music in Schools” 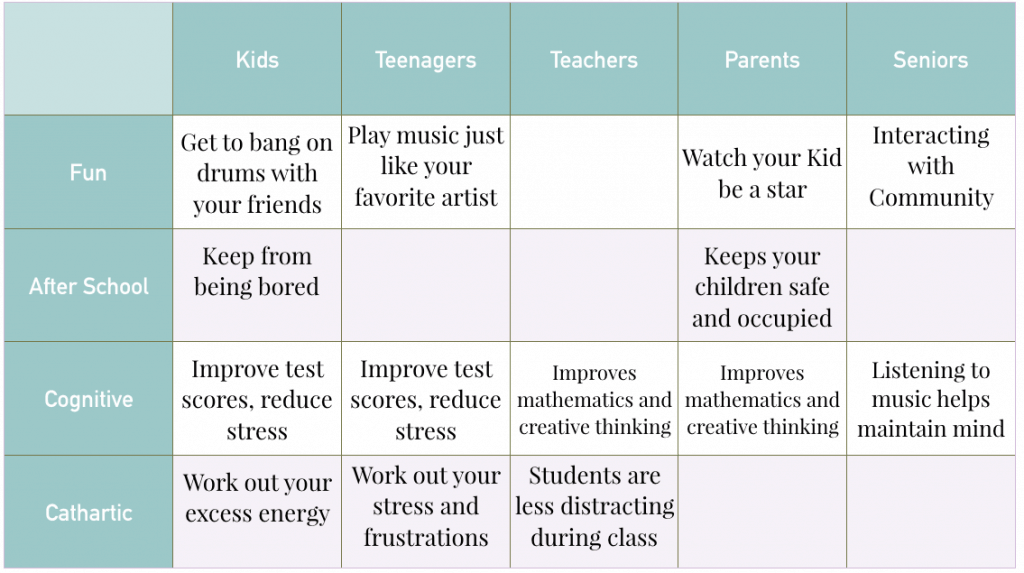 So why go to all this trouble?

If I tell you “Music is Fun,” you may agree with me, you may disagree with me. But either way, you’re not likely to help me start a music program at a local school… right?

But if a kid sees other kids having a blast playing the drums, I’ve connected with them – I’ve connected with one of my audiences. And if I ask that kid to talk to their parents about after-school music programs, then I’ve just created an ally for my mission.

The target table helps you make your message clear and forces you to keep the choice simple. By targeting a specific audience with a specific hook, you have a real chance of resonating with that audience.

If you stay broad and vague on social media, you’re not going to win anyone over. 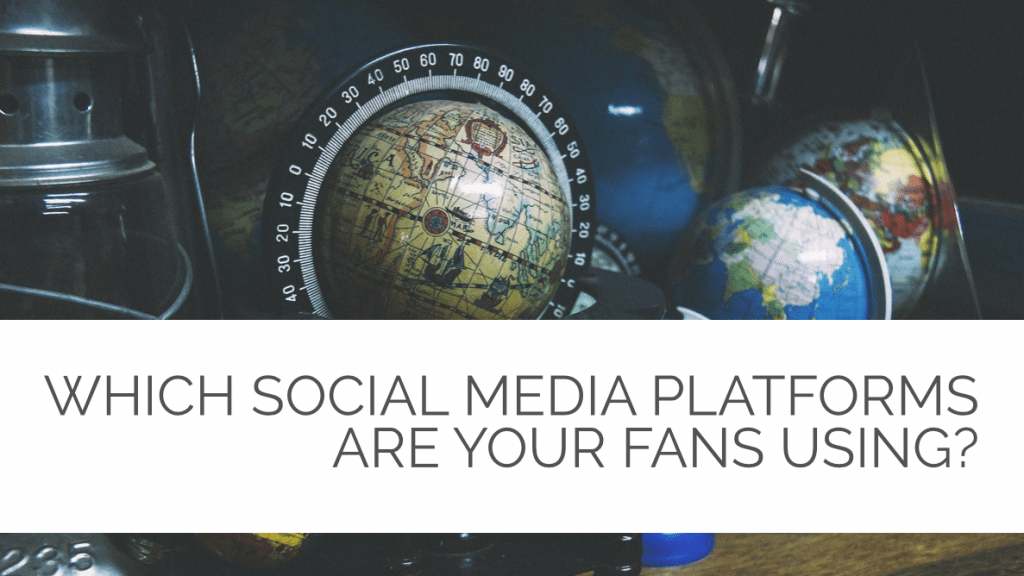 Finding your audience and allies on social media can be really difficult. It takes a lot of digging and asking people where they’re active on social media.

There are lots of niche social media platforms, forums, and blogs. While finding these specific areas online can be a challenge, they can also reap the most reward.

When doing research to find your audience, I recommend finding a few places where you can ask people. For example, you can write a post on Facebook asking, “Does anyone know of a local business that could help me promote natural foods?” or I highly recommend using Quora. It’s a great place to find high-quality answers to all sorts of questions.

Although it can be tempting to stick with the big guys when it comes to social media, finding specific Facebook groups, subreddits, or niche platforms can help you connect directly with the right people.

But what should you do when you want to really dive in and get the real nitty gritty information on your audience? Or how do you find allies like Lauren Luke?

When it comes to that higher level research, my favorite tool is the Audience Insight Panel on Facebook. If you have a Facebook Page, you have access to one of the most powerful research tools in my arsenal.

To get to the Facebook Audience Insight Panel, go to the following URL: https://www.facebook.com/ads/audience-insights

Here’s a quick tutorial on how you can do research using the Facebook Insights Panel on Facebook:

How to Promote your Cause on Social Media – Makes Us Of

Social Media for Non-Profits: How to Promote Your Cause – Parade 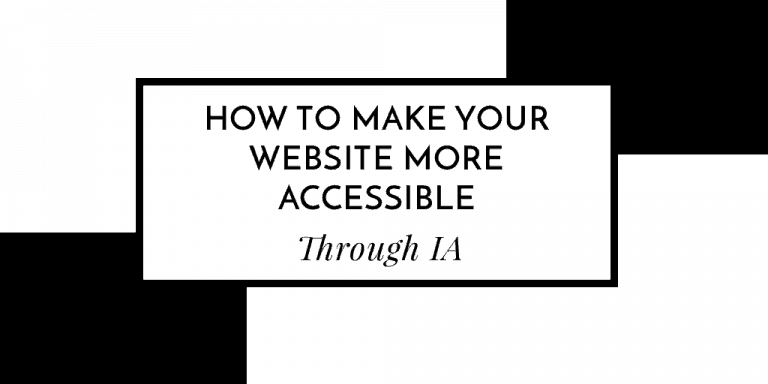 How to make your website more accessible through IA

This was originally a presentation for World IA Day 2020. You can download a PDF of the presentation here. How to get started with accessibility 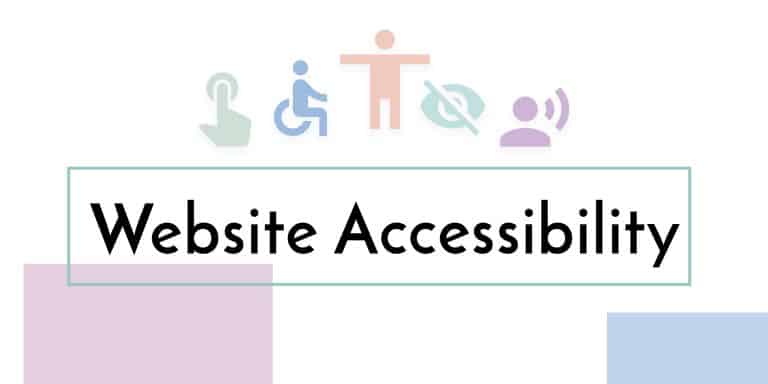 Website Accessibility – How you can make your website function for people of all abilities, even if you’re not a coder 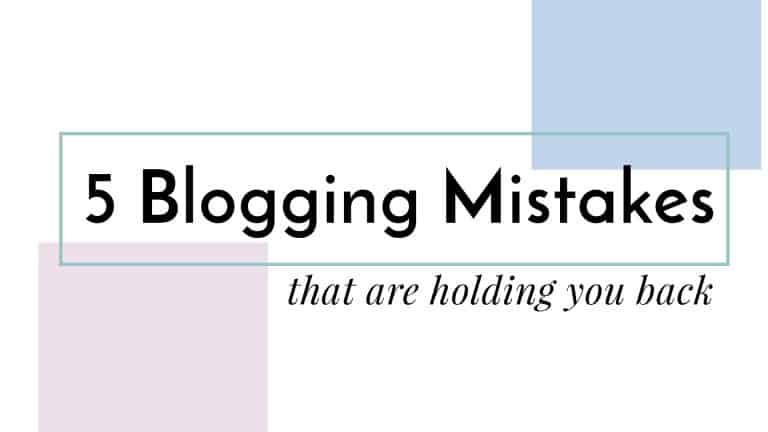 Just because I learned the hard way, doesn’t mean you have to! When I first started blogging, I made a lot of mistakes, that made it impossible for me to succeed. In this post I reveal my top 5 blogging mistakes, so you start out on the right path.